I’ve been spending most of my time developing the UI elements for the game lately, since this is where I feel like a lot of my skills lie. This has given me a chance to refocus and plan out buy using my time on something I’m both good at and enjoy doing.

A lot of the design concepts and rules for making the UI is already decided by the style guide I made earlier in the project. Backgrounds and menu boxes for the UI is either black or black set to a lower opacity to make it look grey/translucent. All the icons and text are solid white. Both of these colours should pair up to make a clear and sleek design that looks good and is easily readable. 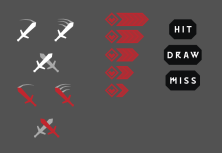 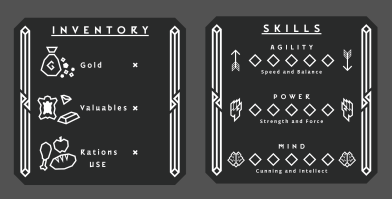 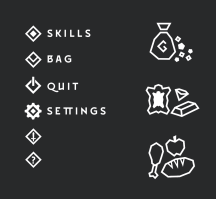 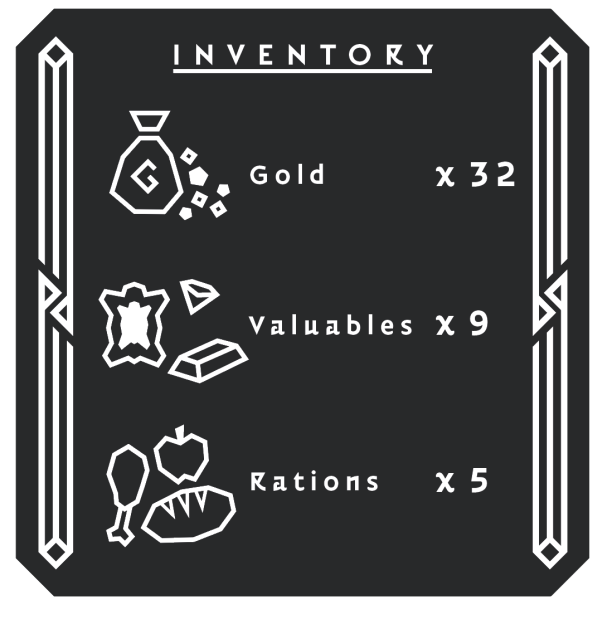 One of the initial rule I gave myself was to try and only use vertical lines and diagonal lines at a 45 degree angle (no horizontal), as this is how Norse runes are drawn, which is the basis for my style. I managed to make it work for the ‘Skill’ icons (Agility/arrow, Mind/brain, Power/fist).But for certain icons it proved more difficult, they either didn’t fit into the space required properly or they just ended up looking strange. So although I was happy with the outcome of the skill icons, I decided to loosen up on the rules for creating future icons. A notable example of this is the Inventory icons, Gold, Rations and Valuables. I still used the same weight solid white straight lines and sharp angles. I feel works well and the icons are visually appealing, easily recognisable and still fits in with the existing style. 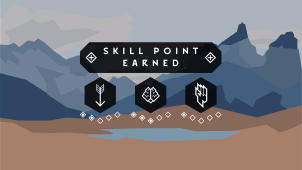 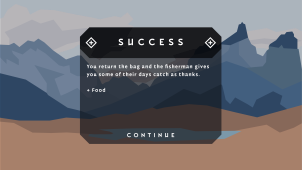 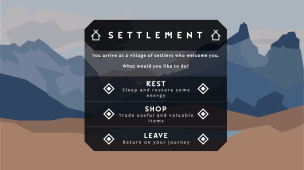 After creating the individual assets I began to arrange them together to create screen mock ups for certain events in the game. I think they look clear and effective, while still keeping an interesting style and feel.

With these kinds of mock-up screens built I can create prototypes to test the game without lots of coding. This will allow me to get an idea of the feel and flow of the game too.